Exactly like the multi-headed mythological creature from which it takes its name, Hydra Armaments operates in several areas: the Sporting / Hunting one with the realization of civilian firearms muzzle brake devices; Defence and Security consulting and now also has a Knives division.

In addition to the projects under our brand, with the Hydra Design division, Alessandra De Santis works as a freelance designer of knives and tools, collaborating with various international manufacturers.
Below you will find all her projects and collaborations

The Hecate name evokes the goddess of magic, witchcraft, the night, moon, ghosts and necromancy.
She was the only child of the Titanes Perses and Asteria from whom she received her power over heaven, earth and sea.

Just like the deity, the Hecate fixed blade knife - a powerful multirole with a tactical vocation - is designed to meet the functional and aesthetic desires of the most demanding users.

The knife, whose design dates back to 2015, was designed by Alessandra De Santis and entirely made in Italy in Limited Edition on behalf of Hydra Armaments. 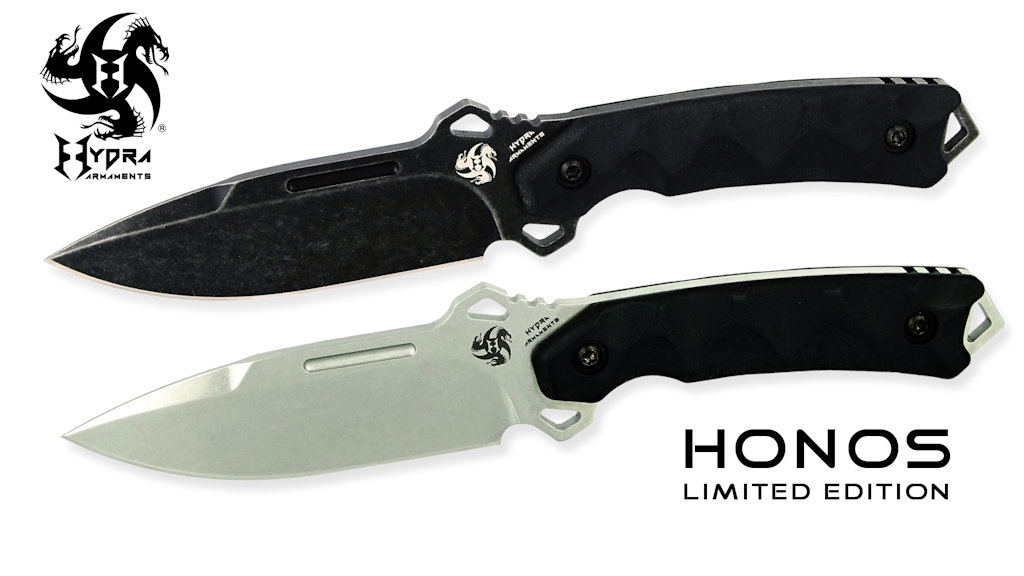 HONOS is an utility knife designed by Alessandra De Santis specifically at the request of some operators of an Italian Special Forces Unit TIER 1.

It is an efficient and at the same time the most compact and lightest possible back-up tool, made in very few specimens (15 in all, with two different surface finishes) marked XM - Experimental Model, in order to be tested in the field by operators.

The name Honos was chosen because in Imperial Rome it was considered the god of military honor and morality. He was generally depicted as a young warrior, naked or togate, who carried a spear or an olive branch and a cornucopia. Often he was depicted together with Virtus; Mars, the god of war, was in fact accompanied by two companions Honos (the Honor) and Virtus (the Virtue) as they represent the two faces of the qualities of a good soldier.

The HONOS knife is entirely made in Italy in Limited Edition on behalf of Hydra Armaments. 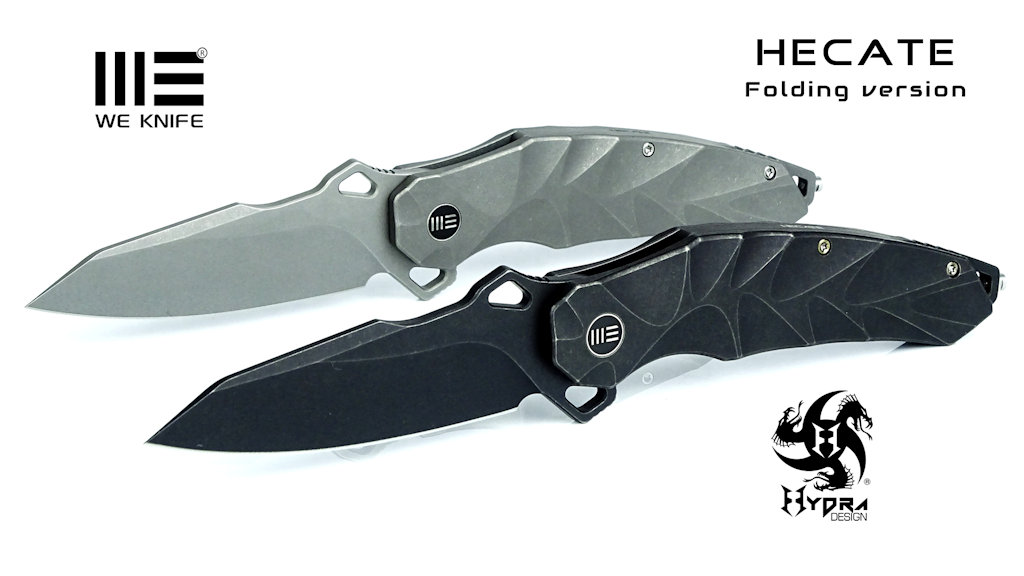 Inspired by the homonym fixed blade knife, the folding knife version of the Hecate designed by Alessandra De Santis has been produced by the famous We Knife Co.

All knife specifications are visible on the manufacturer's website: www.weknife.com

This message would not show out anymore if you click on the GOT IT or closing button.